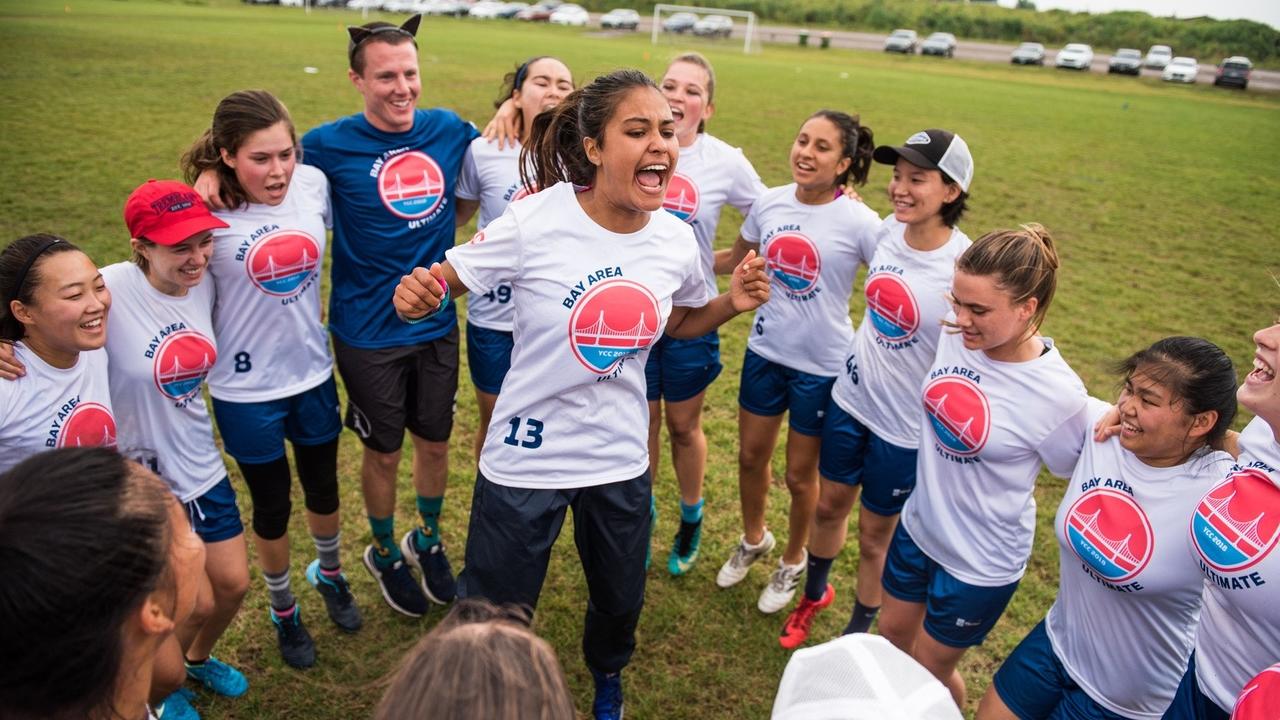 Photo by Paul Andris for UltiPhotos

In late September I was playing on a newly formed team at regionals in Northern Mexico.

On this team were two captains, neither of whom really wanted to be captain, but both did a fine job.

One of the captains said something like, “I just don’t know what to say. I have these ideas in my head but I don’t think they come out the way I want them to.”

Since my Spanish is limited, I have no idea whether this was actually true. What I do know is that many, many captains feel in over their heads when they start captaining (I know I did).

1. It's ok to not know what you're doing

You’re a new captain. Of course you don’t know what you are doing. This does not necessarily make it easier, but I think it is helpful to be real about your abilities. Like many things in life, the only way to get better is to practice.

Or to be lucky enough to be in a program that has leadership training baked in. However, ultimate growing rapidly and a bit chaotically in most parts of the world means that the number one reason many players become captains is “because they have to.” Or “because no one else will.” However, the truth is, if you are on a team there are other people that could have filled this role. And if you are captain, it may well be because you were, in fact, the most qualified choice.

If you feel unqualified, that’s okay because it’s probably the truth, for now. Accept it and move forward a step at a time.

2. Have a simple goal

As a new captain, it’s easy to feel like the team’s success or failure is on you. But you might not be a strategic expert. You cannot control what your players do on the field (or even off the field). So do yourself a favor and break down this complex idea of “success” and “failure” into a more specific, more simple, attainable goal.

After a bit of discussion, the captain in question said, “as long as everyone enjoys themselves and wants to continue playing, that is what I want.” This is an excellent goal for a team participating in their first tournament. And in the end, this is the result that the team achieved.

Other simple tournament goals can be...

How about goals for the season?

I’m sure you can imagine a few others that are appropriate for your team’s level of play and goals for the season.

3. You will get better at this!

If you try anyway. The fact that you are reading this probably means that you care enough to try. In fact, your feelings of inadequacy can be a good thing, driving you to be better. It’s the captains and coaches who think they already know everything, or who feel they are already “good enough” who plateau as coaches.

The truly elite coaches I know are always learning trying to learn just one new thing. I think folks would be surprised to know how many elite coaches are part of our URCA Classroom, not just as presenters, but as participants. The best coaches and captains know they always have more to learn.  One AUDL coach told me, “If I can get just one small thing out of a presentation, that’s all I’m looking for.”

As a brand new captain or coach,  are in a good place. You know you don’t know anything. And you have no ego in the way of your learning. The longer you can hang on to that attitude, even when you start to get good at this whole captaining thing, the farther you (and your team) will be able to go.

You don’t need to know everything. And it’s okay to admit that you don’t know everything. Don’t be afraid to get help from more experienced coaches and captains! Most coaches will be more than happy to share their hard earned knowledge with you. Our URCA Conference is strong evidence for this fact!

The biggest mistake a coach can make is to feel like they are in direct competition with other evolving teams around them. Yes, they are your competition on the field. But in the bigger picture, they are the closest people who can directly help you. And you can help them. In ultimate there is almost always a larger state. Teams that get stuck thinking only about hiter local rivalries are putting a cap on their potential. Instead, I encourage you to think about how you can work with other coaches and leaders in your community to raise the level of your community together. Because rarely does one team separate itself from the rest in the region to achieve true excellence. It takes a community to make an ultimate hotbed. And surprisingly, these ultimate hotbeds (like Medellin) got started by the concerted efforts of just a few people. Notice I said a few. More than one. But probably not more than 10.

Ultimate is still a relatively young sport. The level of professionalization among coaches is relatively low compared to other sports, and will likely remain so until or players are willing to pay significantly more for coaching. But the good news is, for those willing to put in the effort, it’s fairly easy to learn what you need to know. You have more online resources available than ever! More game footage as well. You can even take our online certification to make sure you’ve got the basics covered.

Thanks for stepping up and taking charge! Keep working at it, enjoy the journey, and know that you’re moving our sport forward, one player and one team at a time!

Looking for more resources? Check out the links below!

Stories and Tips from Coaches Around the World

Gaining Confidence and Evolving the Sport of Ultimate

Three Questions Every Captain Should Answer