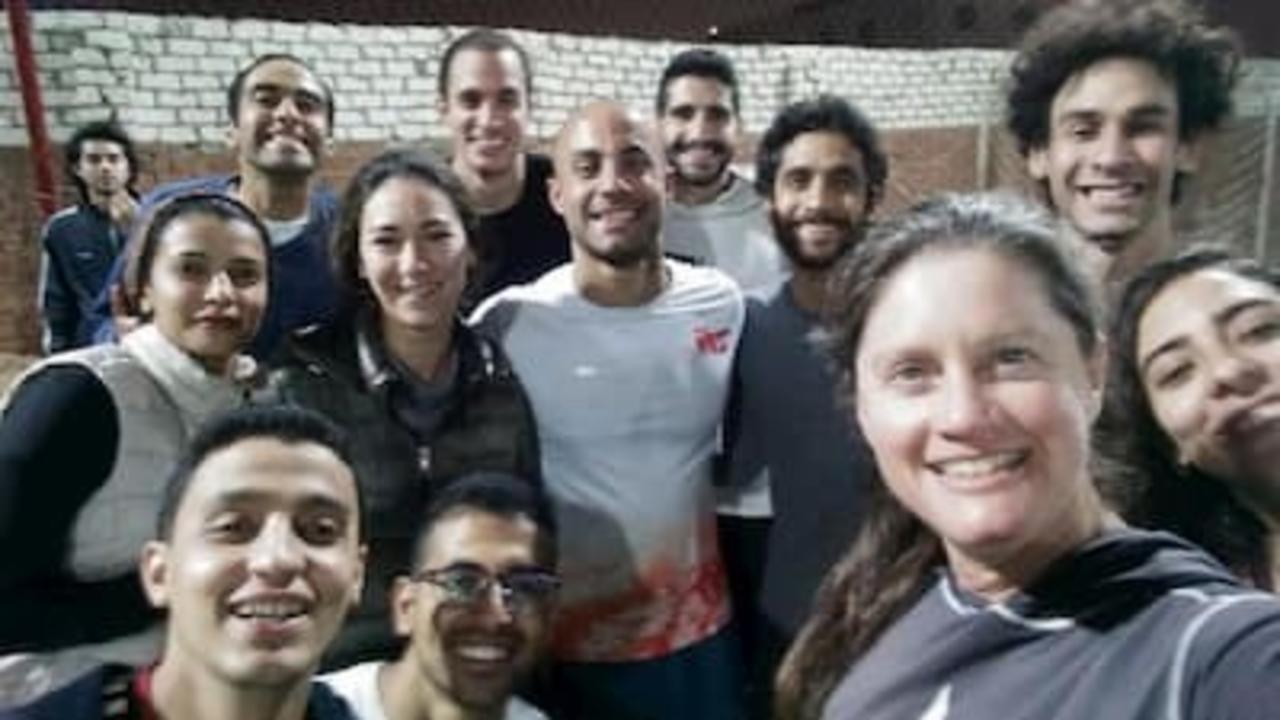 Last blog post, I wrote about our upcoming ten-year anniversary. The last five of those ten years, I have been lucky to be able to ditch a permanent location and run the business wherever there’s WiFi.

I have raced through the streets of Marrakech on the back of a motorbike in search of good internet in time for a meeting, I have snorkeled with whale sharks, gotten lasiks in Korea, and eaten lots of fruits I don’t know the names of in Colombia. But most importantly, I have played ultimate.

I have played and coached ultimate in 29 countries in North America, South America, SE Asia, and Europe. To see how ultimate appears in different parts of the world gives me a kind of window to the world that a tourist will never have access to. When I arrive, I know there will be customers, soon to be friends, who are excited about my arrival. And when I leave, my Facebook feed contains new perspectives, news, and snippets of languages spanning the globe.

This week I am beyond excited to be sharing the ultimate, friendship, and tourism combination with others! 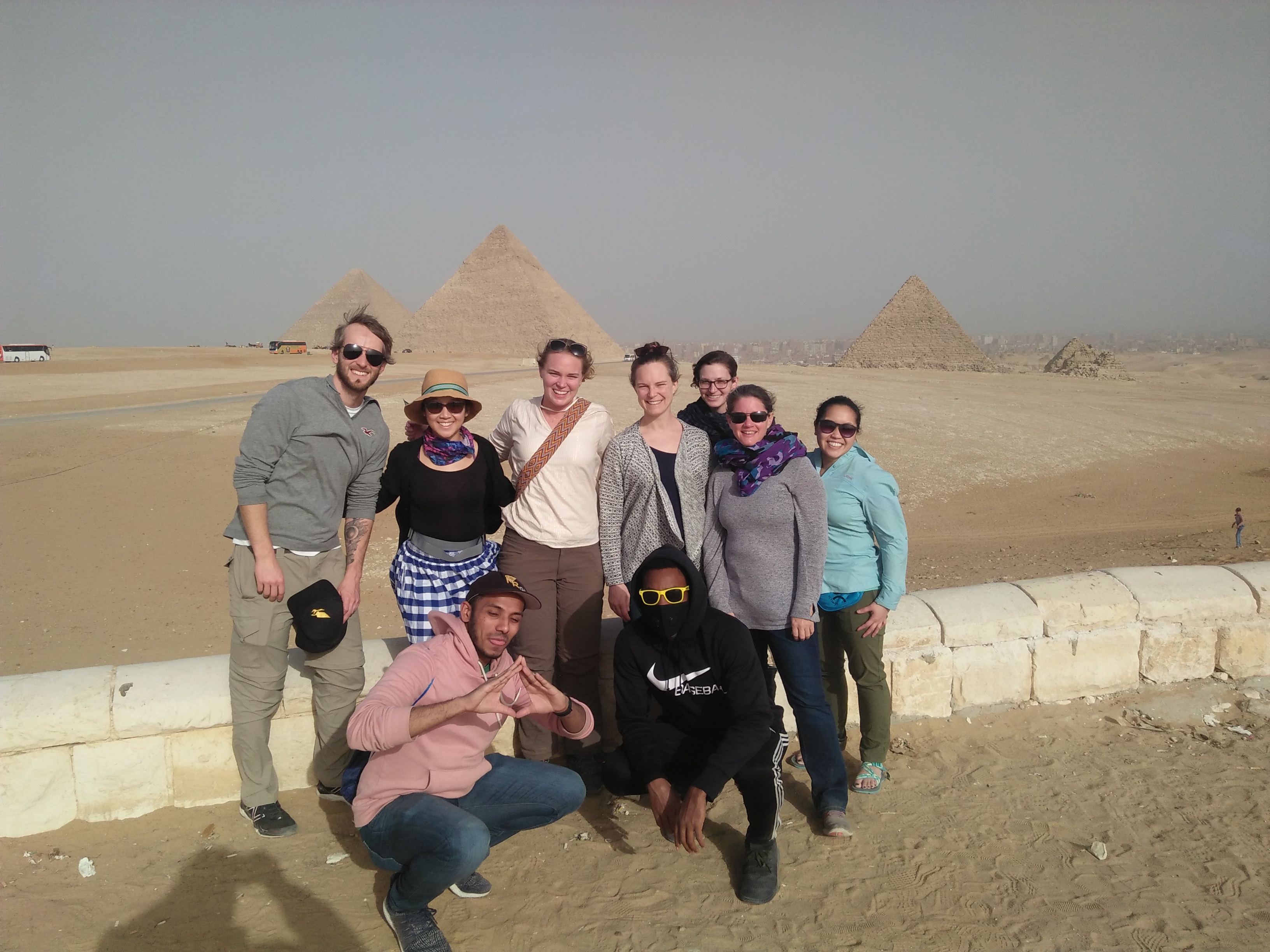 This week, myself and eight other North Americans arrived in Egypt for a weekend of clinics, tournament play, and a week of tourism.

We begin Friday with an all womxn’s* clinic. In Egypt, where ultimate is still developing, womxn’s only playing opportunities are very rare. One woman said, “I don’t think we have had an event with no men on the field before.” Meaning, even when they have had single gender play, men are often facilitating or coaching. Which is great! But there is something special that happens when womxn have the opportunity to be coached by other womxn and take charge of their own spaces.

For the next day and a half, we will welcome several men from Alexandria and Cairo to our team to play a day and a half of a mixed tournament.

After this, we will take a tour from Luxor to Aswan up the Nile River.

How did this come about?

The truth is, there is no way I would be organizing this trip or doing this event without the help of Tarek Saleh and his friends at Flying Disc Invasion. Please follow their Facebook page to get an inside look at some of their ultimate projects and tournaments.

I met Tarek last year when I attended the SWIFT tournament simply with the goal of checking another country off the list in my quest to play in every WFDF member country. As well as helping to organize the event, he is also a user of our UAP Coaching and Game IQ resources.

I will admit, I had some reservations about visiting Egypt. It does not have a great reputation as a place where a womxn travelling alone will feel comfortable. But as is often the case, myths we have of faraway places are often exaggerated. I had a wonderful time. Egypt is filled with such incredibly well preserved historical structures. I just felt like more people needed to come see all this. And it was a shame that a lot of people wouldn’t. Truth is, as much as I love it, Egypt is difficult if you don’t speak Arabic. And there are some cultural differences that can feel uncomfortable for westerners at times.

I mentioned this to Tarek and I think he just said, “Well, you should organize a team.” And here we are!

Follow the action on our Instagram account and at Flying Disc Invasion on Facebook. I’ll be introducing you to a few folks and sharing more about ultimate in Egypt! A few folks have already introduced themselves. More to come tomorrow from the womxn's clinic and weekend tournament!

Next week I’ll share more about my impressions of ultimate in Egypt. I’ll talk a bit more about the challenges of cross cultural ultimate and travel, and we’ll update you on the outcome of our womxn’s clinic!

It’s too soon to say whether there will be future events. But we are considering the possibility of other events. Possible locations include South Africa, Egypt, Czech Republic, Canary Islands, Colombia, and possibly others.

All events will be done in cooperation with local ultimate and tourism organizations. As much as possible, we will stay away from large brand chains and resorts. I promise you a unique cross cultural experience you won’t be able to get anywhere else. But this is not a luxury type tour.

If your local organization would like to cooperate with us on a tournament and tourism event, please send us a message through our contact form.

*Note on language: In this article I am choosing to use the term “womxn.” The term “womxn” is an alternative to the English word “woman”. It is used to be inclusive of trans, nonbinary, or gender non-conforming humans who identify as womxn