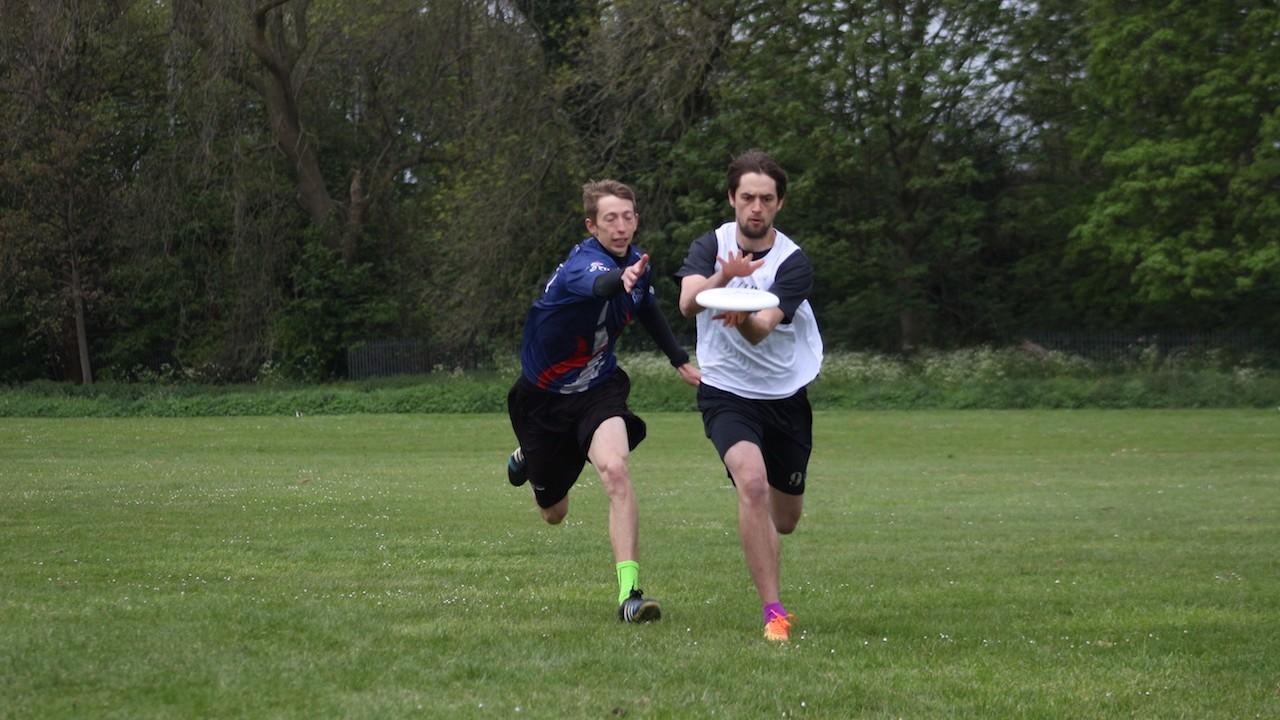 Let me tell you about the beautiful cake you baked this offseason.

Many of you used fall and winter of 2016 to set Big, Hairy, Audacious Goals (BHAGs, the only kind of goal that stimulates progress, according to Jim Collins) for your upcoming season. Perhaps you were planning a glorious return to competition after several years off, or perhaps you were determined to increase your on-field performance and prove to yourself that you could be a contender. Whatever the case, you set a goal, made a plan (many of you chose the UAP) and marched dutifully toward glory.

You have invested several months into training. If you were new to focused training, you have learned an entirely new language: the language of performance. If you were trying to reach the next level, you have cultivated a new skill set: the skills of progress. All of you have invested hours of sweat, days of soreness, and weeks of effort into becoming stronger, into practicing your footwork, and into building your conditioning slowly and specifically to ultimate.

The season stands before you like Mt. Everest. You have put in the time and the work. You know you are stronger, faster, tougher, and more agile than you were when you set your goals. The mountain ahead isn’t scary, but instead presents many potential and unanswered questions: How good will I really be? Will my teammates notice? What can I contribute to my team now? And the hardest-to-answer question of them all: With practices and pod workouts each week and tournaments every month, how will I keep training and making this sort of progress?

Guests Are Arriving and They Want Cake

Your situation is similar, at least internally. You know you are better physically in many ways and you want your teammates to notice, acknowledge, and perhaps envy your progress. But you also want to keep growing, progressing, and building up those physical qualities. Progress is addicting!

Old ideas about peaking suggested that you bury yourself under the fatigue and strain of training, then just quit the extra stuff cold turkey once it was time to play. The belief of 1940s-1970s coaches was that all non-sport-specific work would just diminish your ability to perform. Buckets of recurring injuries which only popped up 1-2 months into the season never deterred them from this belief.

But they weren’t entirely wrong. If you pour more and more energy into your sprinting, your lifting, and your footwork, there isn’t much left for practicing game flow, implementing a playbook, or perfecting your throws under pressure.

New ideas about peaking suggest you cannot peak —not on a schedule, anyway. Modern sport coaches in power and endurance sports recognize that your prior training is like saving money in a bank account for your vacation long before you depart. However, with the length of the club ultimate season, you have to treat your vacation more like a three-month series of weekend splurges. Not only should you not withdraw your entire savings on the first weekend, you should continue adding to it, however small the amount, throughout the week!

This still doesn’t address your primary concern, though. After putting in so much work to be more awesome on the field, you both want everyone to see how you have improved as a player AND you want to keep improving your speed, strength, and power. Much like it would be foolish to try to replace every dollar of savings you deplete during your vacation, you must remember: If you have cake right now, that means you have not yet eaten cake.

You have a finite pool of energy. That energy has to be directed toward the main goal. Think of the degree you worked for at university. 70-80% of the classes you took had to be relevant to the profession for which you were preparing or else you were just wasting time. The joke faculty make about students who flit from fun topic to fun topic was that they were “majoring in minors.” At the end, no one applauds you for having a minor in mathematics, art curation, and underwater basket weaving unless you also have a Bachelor’s degree in something.

The training you’ve invested into being a better athlete, from the dozens of agility shuttles you have run to the thousands of pounds of weight you have lifted, represents prerequisites and minor-related classes. You need them to be a well-rounded scholar in your sport, but they can’t be your entire portfolio of training. It’s time to focus on tactics, strategy, and playing. You are reasonable to want to preserve the gains you’ve made. But that is an impossible goal.

Instead, the season is a simple war of attrition. If you set speed, strength, and power as your primary goals, then the season will simply grind you, with mid-week practices, weekend camps, and two or three-day tournaments every four weeks. It will wear you down while you try to train three days each week on top of that practice load.

If, however, you set the season as your primary goal, you can focus on eating your cake. Instead of fretting over not continuing to progress, do the minimum necessary work to maintain what you have built.

In-season training is to offseason training as watering your plants every day is to planting, aerating, and fertilizing them as seeds: do just enough to keep the plant alive!

The Ultimate Athlete Project already provides templates for this. If you participate in our Facebook group, you can read our coaching team’s comments about why it is necessary to train less during the season and how exactly you should adjust your training week to your practice schedule. As a rule of thumb, you can do half the training you did in the offseason, using the same heavy weights and running full speed, and most of the progress you made will stay in place.

Every Cake You Bake Tastes Better Than the Last

If you focus on your athletic major (the season) and stay reasonable about your athletic minor (physical preparation) then you will have a great competitive period. Old ideas about peaking are dead. You don’t stop trying to be a well-rounded athlete in-season. Instead, you use the gains you made to be a better player and do just enough supporting work to minimize your losses. Take comfort in two simple biological facts: (1) it is easier to recover qualities you have lost than it is to build them originally; (2) next year’s progress will be built on this year’s progress.

Take a long view of your training. Perhaps you are 60% stronger and faster this year than you were last year. The season will deplete your capacity somewhat, then you will spend two or three weeks catching up in the offseason. But you will probably start next season at 75% of your potential. And the year after that, perhaps 80 or 85%. And in every subsequent year of focused training using the principles of the Ultimate Athlete Project, you will become better at focused training. You will become stronger and faster year after year as a result.

Essentially, every day, every week, every month, and every year you invest into intelligent training for ultimate is like more practice baking a cake. No need to hoard the one you have made this offseason —the next cake will look and taste even better. To me, that is something to get excited about.

Now go enjoy yourself in the competitive season.

You can find Dunte Hector on his website, training Austin Showdown, or hanging out in the UAP community online.