How to Measure Success in a Team Training Program 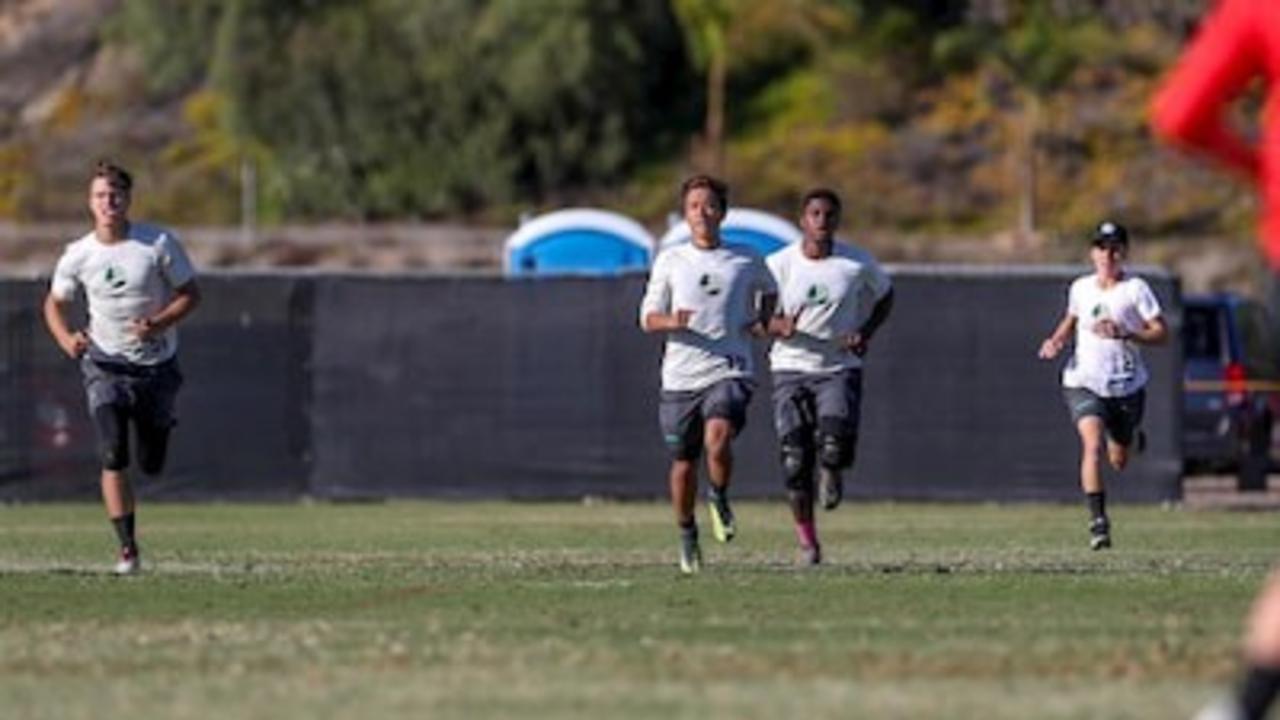 More teams are recognizing the benefits of team athletic performance programming for ultimate. As you’re thinking about your strategy for athletic development, it can be helpful to pause to think about what, exactly, you want from a team training plan.

I’m going to suggest a few ways to measure success in a team training program that go beyond simple athletic performance tests.

When doing athletic testing as a team, the most important factor is that your testing is simple to do and therefore replicable. If you need speed gates, vert testers, or other specialized equipment, chances are you will be less likely to be able to collect comparable data over a long period of time.

If you’re going to do athletic performance testing with your team, here are three simple tests I’d recommend.

Three simple tests to start with

This test measures speed. The distance means that you will be more likely to detect changes in speed (vs the 40 yard dash where the error in time measurement will be more significant as a percentage of the time measured.)

This test measures the ability to change direction from top speed. This test will include three changes of direction. Four lengths means that the test timer will be at the location at the start and end of the shuttle.

This test measures the ratio of body weight to power generation. The max vertical will correlate to other athletic qualities that can be more difficult to measure such as acceleration. This test can be done with a vert tester or indoors with a wall. To do this test with minimal equipment, simply use a rolled piece of tape that the athlete sticks to the wall as high as possible. Measure the distance between standing reach and the tape to get the vertical jump.

I would NOT recommend using athletic testing for player selection. If you need an athletic test to tell you that an athlete is not up to athletic performance standards on the field, then it is likely that the player has found enough strategies to compensate for athletic deficiencies vs someone with slightly more athletic ability. You may end up selecting for players with lower game IQ if you use athletic performance testing as a “tie breaker” for players on the bubble.

Compliance is a measure of how well an athlete is sticking to the prescribed programming. Over the long term, consistency in training will have the largest impact on an individual and a team’s athletic performance.

Regardless of how “perfect” a program is, if players aren’t executing, it’s not going to have the desired effect.

In our UAP app, we’re working on the ability to generate compliance data for your team as a whole and the individuals in it. But you can also do this in a very simple way. Most teams I’ve talked to manage this with a combination of a Google doc workout tracker and some sort of social component like a Group.Me or other social media channel that allows for group interaction, questions, and post-workout selfies.

For tracking things in a Google sheet, simpler seems to work best. So rather than reporting in on what exactly each person did, keep it simple. Varsity Ultimate has had a lot of success with simply asking their players whether they did or did not complete a workout that day. Tracking a yes/no is simple and doesn’t require much thought. Conditional formatting then tells each player whether they are on or off track related to how often they committed to training.

One common mistake is for team leadership t expect 100% compliance with a training plan. And being disappointed in anything less. While the desire is understandable, it is unrealistic. In teh current state of ultimate, some athletes will train 4-6 days/week, and some simply won’t. And I have found this to be true even of the highest level teams in our sport.

Seeking perfection is good. But measuring yourself against prior year’s compliance data over time will be more useful. If compliance starts decreasing, there could be a variety of reasons. is it due to recruiting players who don’t share the team’s desire for athletic excellence? Is the program hard to use? Or unclear? Do players need more education? Are they bored? It could be any number of reasons, but tracking compliance is the way you will know to ask the questions.

Obviously a training program does you no good if your players end up on the sideline when it matters. Injury rates are important, but will be difficult to interpret. You can have players get injured on good programming. And even on risky, high impact plyometric programming, players may not get injured. Or injuries can show up a few months after programming is complete. Injuries can be traced back to chronic movement pattern issues.

Still, injury rates can be worth tracking. An anomalous year may just be bad (or good) luck. But if you find you consistently have several ankle injuries per year, for example, you should at least ask yourself if there’s something more that could be done for injury prevention.

Tracking injuries can be just a simple spreadsheet where you report injuries of any players as they happen.

What you track can depend on the goals of your team. For a youth team, I would recommend goals centered more around education. Learning how to train for a long and healthy career should be a higher priority than athletic performance. For an established team of athletic competition focused players, subjective measures like enjoyment of the programming may be less important.

What are you Measuring?

What gets measured, gets managed. So put some thought into how you want to measure the success of your team’s fitness and athletic performance programming this season. Remember to start with your own coaching philosophy and your team’s goals. There is more than one way to define success, and therefore many ways to measure it!

We’ve got years of experience working with teams on athletic performance, and we’d love to help you too! The Ultimate Athlete Project has been used by teams all over the world, from Malaysia to Kansas City.

If you’re looking to improve your team’s athleticism this year, schedule a consultation and we’ll talk about your options!