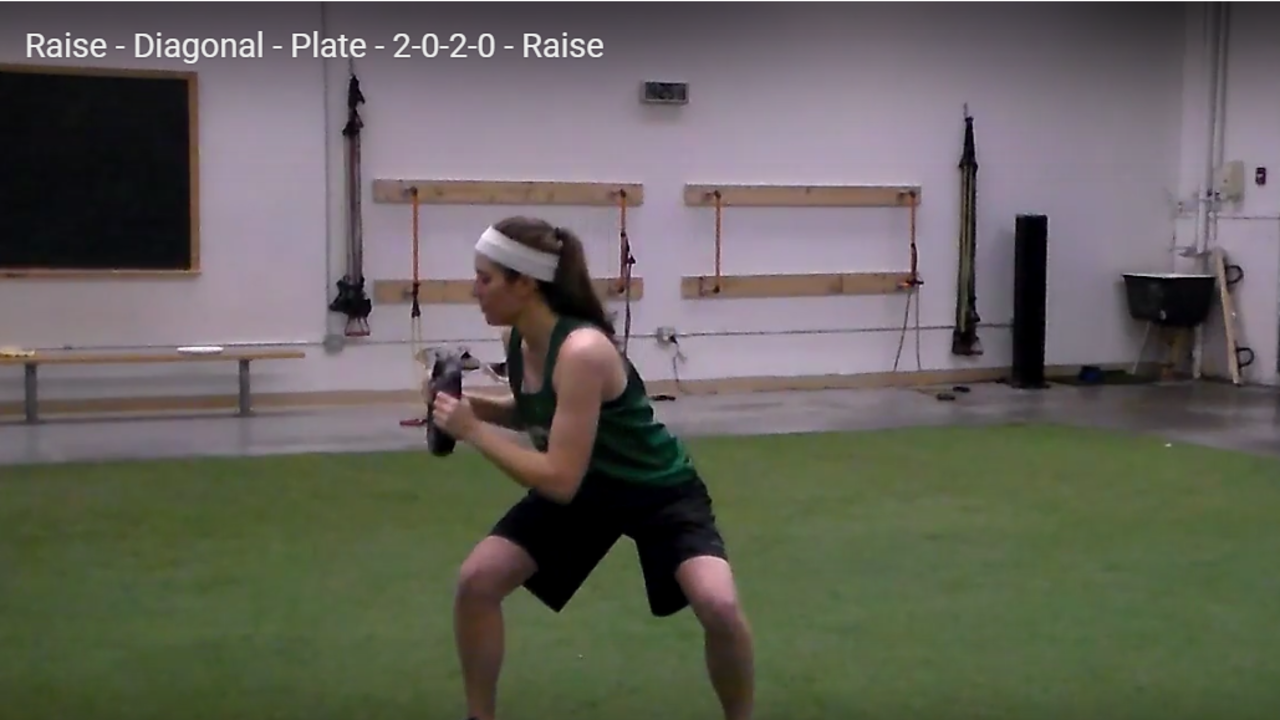 Power in your throws is generated from the ground up. How the feet are planted, hip action, and core stability, and throwing form all affect the power and distance of your throws.

Apart from throwing form, core stability is the largest contributing factor to how far you're going to be able to launch your hucks. Energy is transferred through the core into the upper body culminating at the shoulders, arms, and wrist. To be efficient in the transfer of energy from hips to the upper body, you need a solid core.

In training the core for throwing power first we want to develop the ability for the core to be rigid in the presence of rotational forces. We want our shoulders to provide a similarly stable launchpad for the disc. And finally, we want to be able to generate power in the hips and have the core act in a coordinated manner to transfer power from the hips into the disc.

Core stability in the presence of rotational forces.

Can your core maintain it’s position while the limbs are moving? Here are several exercises that challenge core stability and coordination in the presence of rotational forces.

Hold for two counts at each position for one repetition

Good for hip stability as well as core stability

Focus on keeping the glute closest to the cable column tight.

Not your traditional core exercise. The Standing one-arm cable row provides a unique stability challenge for the hips as well as the core

Keep the hips level. Resist rotation of the torso and hips as you pull.
This exercise may not feel difficult. You won't "feel the burn" like you do with crunches. That's ok. It's a total core exercise.

By doing certain exercises unilaterally, we can increase core engagement. Single-arm DB bench variations are a great example of this principle

If you have trouble maintaining a stable retracted shoulder in and of the exercises, start with the bow and arrow exercise to activate and strengthen the small muscles that hold the scapula in place. Overall, this is a good injury risk reduction exercise for the shoulder.

Maintaining shoulder stability with other limbs in motion.

A slightly different challenge to shoulder stability with a rotational core component. In this exercise, we’re starting to generate some controlled rotation in the core.

The three exercises below can be thought of as slow speed to high-speed progressions. The diagonal plate raise is the slowest and starts with a strong push into the ground to get the weight plate moving diagonally across the body. The chop is a faster movement. Finally, the medicine ball throw is about generating maximum power.

Get into the hip and start the movement from the glutes.

Woodchops and their variations are excellent for working on starting to generate power in the hips and transferring it to the upper body.

Here’s a chance to work on higher speed and greater power production from the hips with more resistance than what a disc provides.

Putting it all together

Choose some of the above exercises and put them in a circuit. Start with 6-8 repetitions of each exercise with no rest between exercises or sets. Start with twice through the circuit and progress to three times through. To progress further, increase the number of repetitions and change up the exercises.

A good circuit to start with:

Using this core circuit will address some of the physical limitations you may have in getting more distance on your throws.

If you think your throwing mechanics could use some work too, sign up for our Skills & Technique. Our module with Colin McIntyre will focus on backhand throwing technique. Compare your form with the best throwers in the game. Get more power and distance on your throws. Imagine what the combo of added core strength and better technique could do for your game this season!